A beginner's guide to startup valuation

Introducing ClassroomX online: 15 lessons on how to build a startup today

Product innovation in a hyper-growth era

This video is a part of our ClassroomX educational series on the nuts and bolts of building a startup today. From defining your business model to growth, product strategy, and building your community, these 15 lessons by domain experts aim to equip young founders with crucial insights to transform their early-stage products into viable businesses.

How to understand a startup's valuation

For many founders, startup valuation is a confusing, ambiguous, and extremely stressful exercise. Coming to a consensus with venture capital (VC) firms on valuation has wide-ranging implications, from how much equity you give away to the type of mentorship you can expect to receive.

What you'll learn from this lesson: 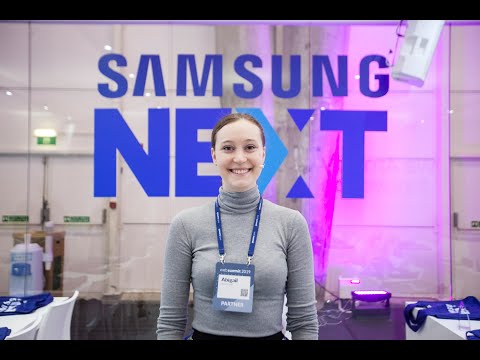 One thing many founders may be relieved to hear is that calculating an accurate valuation often doesn't entail complex financial projections or fancy Excel models.

"In the early stages when you're raising your first round, you're likely to be pre-revenue," says Abby. "Having a complicated financial model isn't necessarily going to make sense. The VC is going to know that you probably made the numbers up anyways."

Startup valuation can be broadly defined as how much a business is worth — considering key factors such as assets, revenue, and market share. Abby points out that this number is important because it determines what percentage stake in your company a VC will want in exchange for its investment.

"You probably have a good idea of the amount of equity you're willing to give up," she says. "If you're able to negotiate a higher valuation, you give up less equity."

Abby also discussed two ways of looking at valuation: Pre-money and post-money. Pre-money is the value of your business before a VC invests, while post-money represents the value after a VC cash infusion.

"When you're talking to a VC or angel investor about valuation, make sure you're both on the same page to avoid confusion," says Abby. "It's a common mistake I see when founders go out to raise their first round."

Valuation is an art, not a science. "It's the art of deal-making not the art of spreadsheet building, at least in the early stages," says Abby.

And the second part of that art is knowing how VC investors approach valuation.

"Your VC wants to get the lowest valuation they can," Abby explains. "They're going to act like your company's worth less than it is because that's how they get the best deal."

Abby says that VCs have a financial obligation to the limited partners (LPs) who are the individual investors that comprise a VC fund. "It's important to understand what makes VCs tick. As wealth managers we're beholden to our investors in the same way you are when you take money from a VC or an angel investor," she says.

According to Abby, two key metrics are critically important to VCs that all founders should bear in mind during the valuation process: Return on Investment (ROI) and Internal Rate of Return (IRR).

"ROI is the percentage of capital that's going to be returned to us as a result of the investment," she says. "If the company fails, that's zero. We're hoping that it's 100%, 200%, or 300%. The really phenomenal companies are the ones that go on and become unicorns."

What's more, IRR is a metric that partners care about. "It's like ROI, but for the overall fund. LPs care about how much money they're going to get back as a result of investing in the VC fund, so it's something VCs are constantly thinking about in terms of portfolio mix," says Abby.

Another component of valuation is your path toward an exit strategy. Investors' best opportunity for profit is when a company is being sold or when there is an initial public offering. So it's critical for entrepreneurs to chart an exit trajectory.

Finally, Abby says it's important to remember that VCs will share expertise, not just funding. "VCs will be part of your team. They like hanging out and making connections like everybody else," she says. "Treat VCs like real people and bring your best personality to the table. Be someone likable, trustworthy, and who we want to give our money to."

Ryan Lawler is a writer and editor who is passionate about technology. After working for several years as a journalist for online media publications like TechCrunch and Gigaom, he now leads content strategy for Samsung Next.

More like this
Introducing ClassroomX online: 15 lessons on how to build a startup today